When we started, the European Union was the largest user of amalgam in the world – but that is about to change.

By an overwhelming 663 to 8, the European Parliament voted last week for a comprehensive package to reduce mercury use, as required by the Minamata Convention on Mercury. END_OF_DOCUMENT_TOKEN_TO_BE_REPLACED

European civil society has endorsed this week’s provisional agreement by the three EU institutions (European Parliament, European Commission and the Council of the European Union) to ban dental amalgam fillings for children under 15 and for pregnant and breastfeeding women as of 1 July 2018. END_OF_DOCUMENT_TOKEN_TO_BE_REPLACED

Headed by health advocate Florian Schulze, Gesellschaft für Schwermetall-Toxikologie (GST) is pushing for the phase out of dental amalgam in the European Union – and urging Germany to take the lead.  Schulze was recently featured in an interview in the FreiePresse. 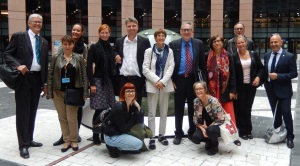 We’ve reached another landmark in the march toward mercury-free dentistry for Europe.  Just hours ago, the European Parliament’s Environment Committee voted overwhelmingly to phase out all amalgam use by December 31, 2022.
Of course, this development did not happen overnight.  Our strong European allies have been putting the building blocks in place for years: END_OF_DOCUMENT_TOKEN_TO_BE_REPLACED 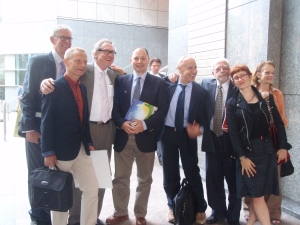 Two dozen NGOs urged European Member States to phase out amalgam use in the European Union.  Their 26 May 2016 letter is reprinted below:

After long delays, the European Commission proposed its revised EU mercury regulation on 2 February 2016, positioning the EU to finally ratify the Minamata Convention on Mercury. The proposed regulation updates existing EU law to conform to the Convention, but falls short in several key areas, including a new proposal that would essentially perpetuate mercury use in EU dentistry. This proposal is clearly out of step with both the spirit and intent of the treaty. END_OF_DOCUMENT_TOKEN_TO_BE_REPLACED